The Best Chef of Italian Cuisine in London is Sardinian 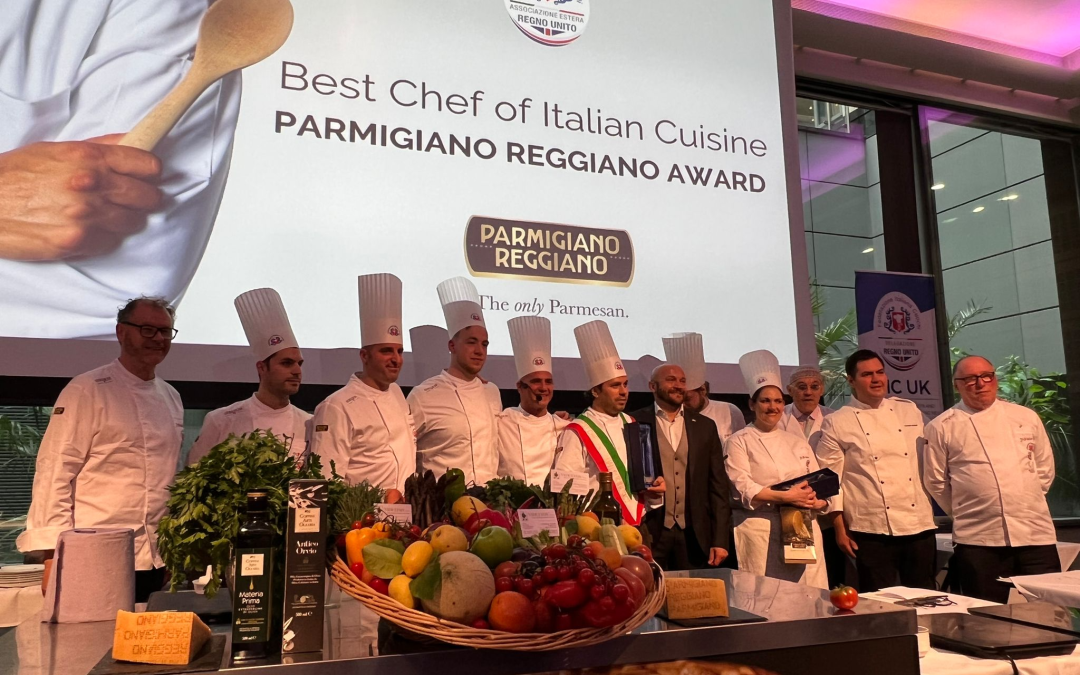 There was great enthusiasm for the first edition of this competition organised by the Italian Federation of Chefs – UK Delegation, in collaboration with I Love Italian Food, a cultural association and international network that promotes authentic Italian food and wine culture in the world.

The jury was chaired by Enzo Oliveri, President of the Italian Federation of Chefs UK and acclaimed chef for many years, thanks also to numerous television appearances. Alongside Chef Oliveri were four other judges, also well-known in the UK and beyond for their promotion of Italian Cuisine: Michelin-starred Chris Galvin, Alberico Penati, Carmelo Carnevale and Massimo Rossi.

“A few hours after the award ceremony, I have not yet realised this important result of mine. I am really satisfied with my performance, I worked hard on the preparation of the dish, using top quality products. My idea was to enhance Italian excellences such as Parmigiano Reggiano PDO, Guanciale Amatriciano PGI, and PGI Piedmont hazelnuts.” says the first classified Luca Sanna, who has been living in London since 2015 and is Chef Tournant at Al Mare Restaurant Jumeirah Carlton Tower London.

The Best Chef of Italian Cuisine – Parmigiano Reggiano Award competition took place as part of The Italian Show event, an important showcase for Made in Italy and Italian products in London, which attracted over 1,500 professionals from the restaurant and press industry, as well as producers and consortia of protection, who came from Italy to represent the world of food, wine and even mixology. One of the most appreciated excellences was the presence of Parmigiano Reggiano, represented by the Consortium for the Protection, which in recent years has been particularly active with the promotion of the Protected Designation of Origin on Great Britain with the aim of protecting the authentic product to the detriment of the much popular Parmesan.

Still excited, the Sardinian chef, who excelled among more than 200 competitors in the first selection stages and then over the other five finalists of Best Chef of Italian Cuisine – Parmigiano Reggiano Award, sees a rosy future ahead of him: “I am happy with the way I worked during the competition, I believe that many people noticed my commitment and performance. And I really came out of this experience very enriched: I met extraordinary people, both among the judges and the other contestants, it will definitely be an important step for my career.”

The UK, where the celebrations for the 70th year of Queen Elizabeth II’s reign are taking place this week, is a central market for the export of Italian products. After an abrupt slowdown in 2021, a consequence of Brexit but also of the pandemic, in the first quarter of 2022 the numbers returned to grow, establishing the UK market as the fourth largest market for Italian Food & Beverage exports.