Spaghetti with Wine Sacue and Bacon 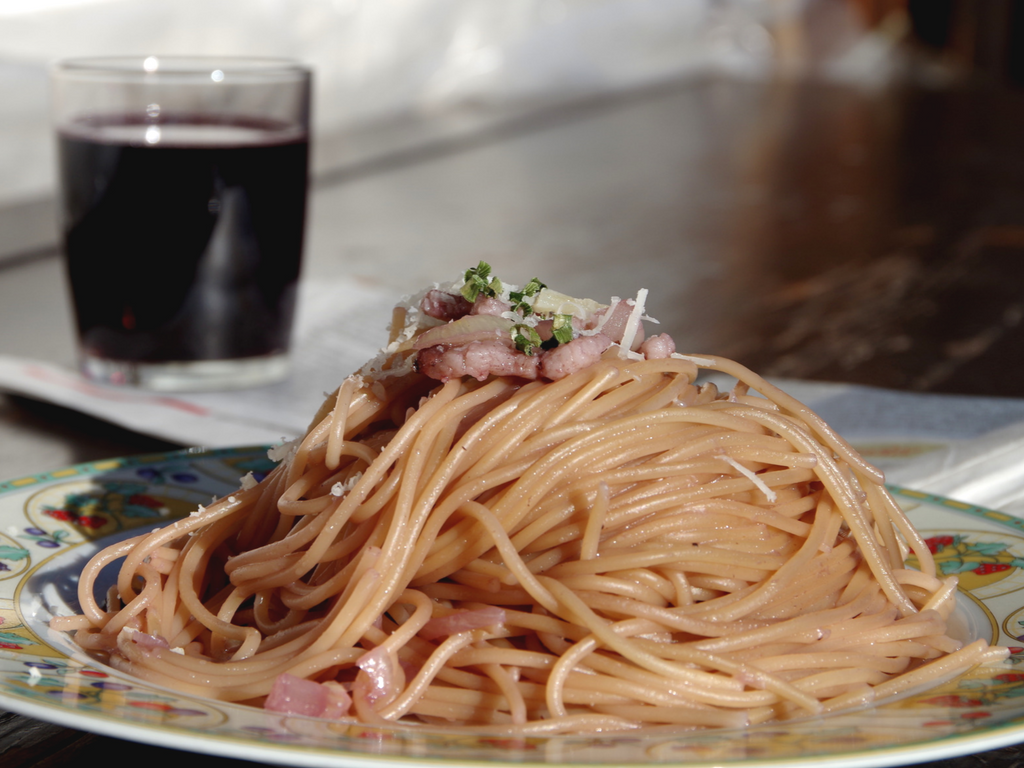 Spaghetti are possibly the most beloved and known pasta shape in the whole world. Tossing them in different ways becomes real art, for instance the Amatriciana sauce, Gricia sauce, with fresh tomatoes or with meatballs (Lady and the Tramp style).

Today we would like to share with you a simple recipe that brings together pasta and wine in the same plate.

Print Recipe
Spaghetti al vino con pancetta
Pasta and wine in the same plate, in a creamy combination that will surprise and win over you.
Votes: 1
Rating: 5
You:
Rate this recipe!
Ingredients
Instructions
Recipe Notes

Thanks to Cuoche si diventa