These mini desserts take inspiration from the traditional Mantua cake known as sbrisolòna, commonly produced and consumed in the whole Lombardia regione as well as Emilia Romagna and in the area of Verona city.

Its name comes from the word brìsa, which means crumb in Mantua dialect and it seems it was created during the Gonzaga kingdom in 1600. Indeed, the cake itself seems to be made of many dough crumbs that give the dessert a nice and crunchy texture.

Here is a nice vegan version of this traditional dessert made with apricot jam and chocolate. 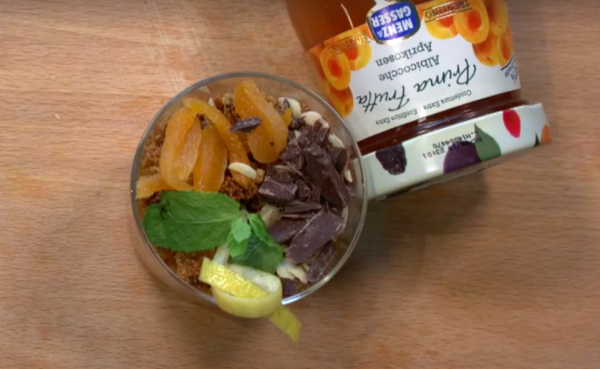 Thanks to: Cucina Mancina