Straight from LA the web series about Italian Food 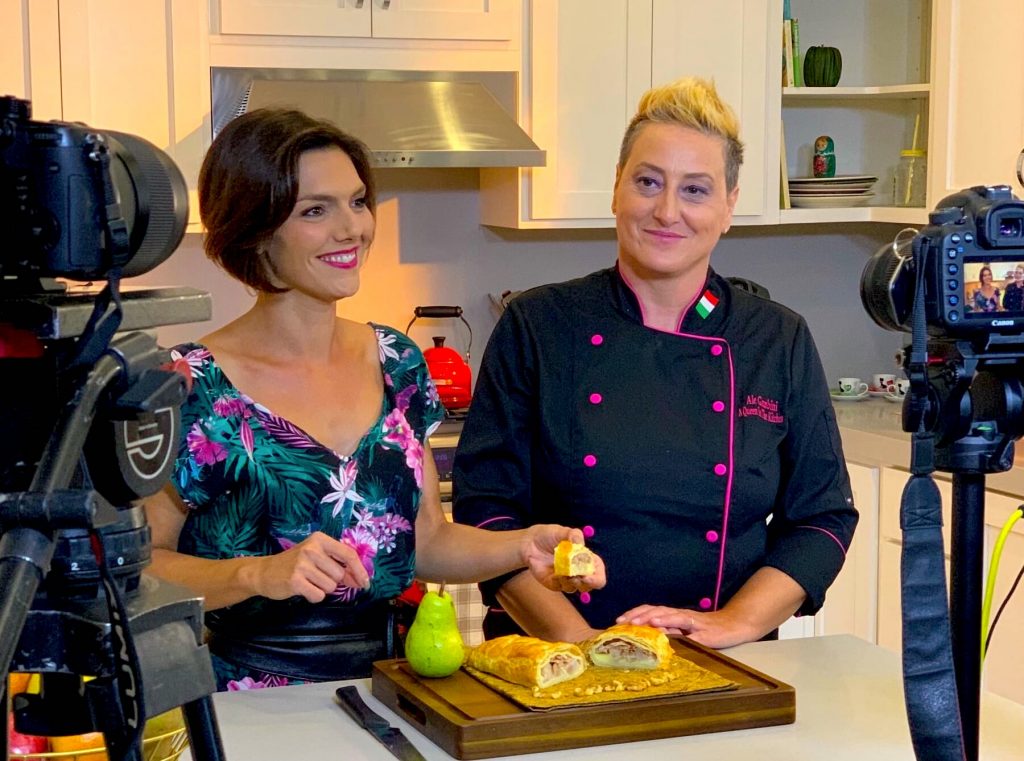 I Love Italian Food is launching a webseries in Los Angeles with 5 episodes dedicated to Italian food.

Eatalians, conceived and run by Alessandra Gambini, food influencer and winner of a Taste Award, co-produced by I Love Italian Food and produced under the direction of Mirko Urania, Italian series director such as Carabinieri, Don Matteo, etc. Ten episodes created with the objective to defend the authenticity and versatility of Italian cuisine under the shadow cast by the banner of the stars and stripes.

To pursue this goal we turned to five of our illustrious compatriots who moved to Los Angeles, and to whom we asked to tell us about their very personal vision of an Italian recipe: under the supervision of Alessandra, our testimonials must each enhance a specific fruit and vegetable product exported overseas using their own recipe.

The series is in fact part of the broader project “Fresh up your life!” Whose mission is precisely to promote plant-based products from our land on the American public.

The first episode, dedicated to tomatoes, will feature the director and documentary filmmaker Vanessa Crocini who will perform in the making of the much-loved pici al-aglione, a great classic of the Tuscan tradition. A popular dish—hearty and with an ancient tradition behind it. An excellent representative of that simple, genuine and spontaneous goodness of our regional cuisine. On the surface, a simple pasta, which however bears witness to the incredible variety of our cuisine even when it comes to poor dishes.

For the second episode of Eatalians we instead turned to Maurizio De Togni, musical composer for Franco Battiato, to name one, and a professor at the University of Southern California & Musician Institute Hollywood. Between teaching and consultant work for the Maroon Five under the stage name OttO, he found the time to give us his personal version of the yogurt and kiwi smoothie, a simple, fresh and always good snack for the hot Los Angeles summers.

The protagonist of the third episode will be actress Francesca Graglia, who will create a strudel.

Although traditionally known as a sweet, Francesca will present her savoury version made with cheese, pear, and vegetables that will be featured this episode. A combination now very common in our tradition, now to be a part in the ancient roots of the strudel.

The second to last episode of the series will feature vegan rockstar chef Robbie Angelucci, who will create a fresh rainbow salad using apples.

The guitarist, originally from Lanciano and a strong supporter of the vegan diet, chooses a salad with bright and brilliant colors to win your eyes even before your taste buds. Through using wholesome and healthy ingredients, we will see yet another example of the simplicity of the Italian kitchen.

Last, but certainly not least in our circuit of Los Angeles will be a dish with a base of blood oranges. Our guest Gianpaolo Croce, General Manager of Eataly, will demonstrate the use of this very curious and authentic Siciliano treasure. His blood orange tiramisù is a perfect example of the commingling of a typical recipe of the north with products of the south. A meeting that undoubtedly produces a winning result, capable of satisfying even the most curious tastes.

With this miniseries I Love Italian Food marks another important step in its growth process and shows that the defense of our culinary culture continues without geographical limits.