The second season of Unconventional Gelato is back 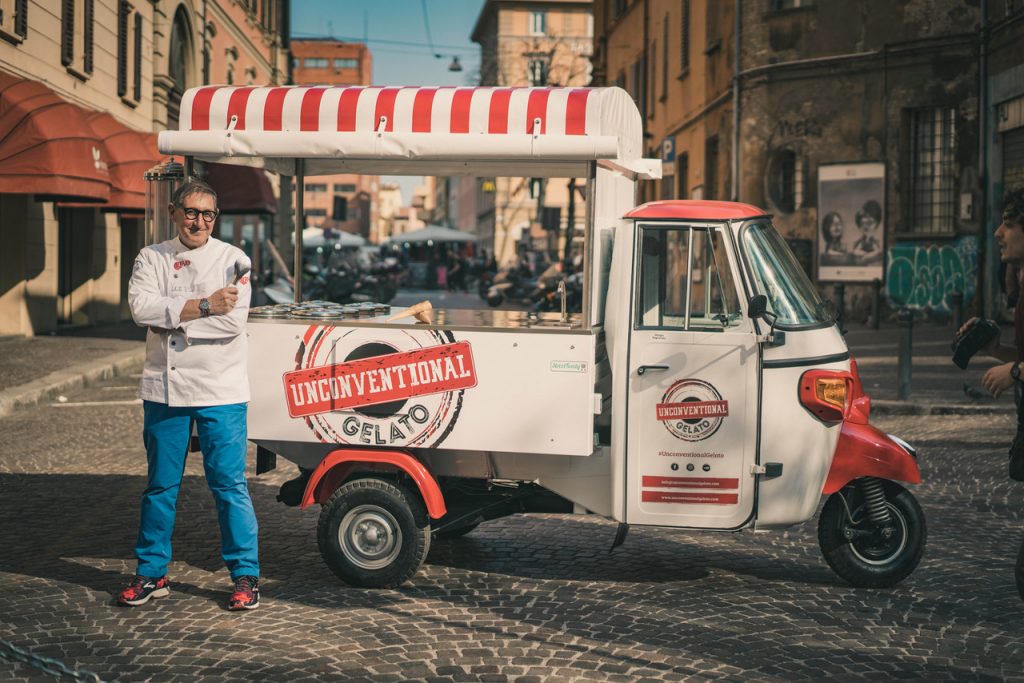 Hosting this new adventure in the world of 100% Italian gelato, Vetulio Bondi, the gelato master from Florence who will host ten traveling episodes. Each episode will host the masters of gelato, special guests who will entertain the public telling their personal and professional stories, to discover the man behind the professional.

The protagonists of 2018 edition of Unconventional Gelato will be ten professionals from all over Italy: five of them have been selected by the editorial staff, while the other five have been selected during the casting organized at Sigep 2018, at the booth of Bravo Spa, main sponsor of the project. Among these, four gelato makers are going to be the protagonists of the talk show, while the last one will be chosen through an online ballot, on the official social channels of the program, from April 4th to 18th. Furthermore, each episode will have the participation of surprise guests, in addition to the key players of the first edition, who will join Vetulio Bondi and the gelatieri during the episodes.

“Through Unconventional Gelato – declares Francesca Chiarello, project manager of GSG Service, the company creator of the format – we aim to introduce to the public a professional role that has a few visibility yet, but actually has a lot to tell. The craft of gelato maker needs great expertise, preparation and innovation, but at the same time is able to give a moment of happiness to both adults and kids. Last year season registered over one million views on Facebook and the key players are ready to get on television on summer, hosted in the Italian tv food show of the famous chef Alessandro Borghese. We are glad we contributed through our project to spread this craft and give it an important visibility.”

Don’t miss the new episodes, online from April to September, on the Facebook page of I Love Italian Food and Dissapore, and of course on Unconventional Gelato.

Unconvetional Gelato is a format designed by GSG Service company, in partnership with Bravo Spa and Streetfoodie.
https://www.youtube.com/watch?v=uQ7M1HDf998