Agnolotti del plin, also known as ravioli del plin, are part of the filling pasta family and they’re similar to Piedmontese Agnolotti, which diversifies mostly in the shape. Indeed, agnolotti have a squared shape, while agnolotti del plin, typical of Langhe and Monferrato areas, are smaller and closed like a napkin pinched at its extremities (the name “plin”, indeed, refers to the act of pinching the pasta dough to create the shape). 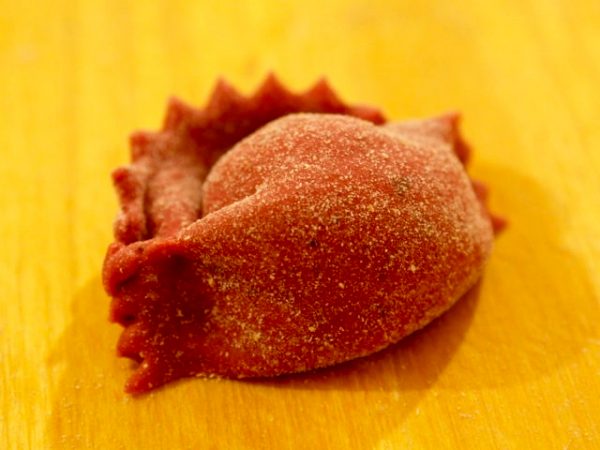 Votes: 1
Rating: 5
You:
Rate this recipe!
Ingredients
For the filling
For the fresh purple pasta dough
For the dressing
Instructions